We had no idea at the time, that enrolling our 8 year old into a Choir would end up leading to a career. But it has! Here's a story about how this happened and my role in managing her growth.

I suppose the story begins way back when Emily was 3, maybe 4 years of age. She just naturally loved to sing. I'll never forget the day we were taking a stroll down at our local beach - on a chilly late winter day - when she broke out with: "Holly MuMah". She actually "composed" the lyrics as she sang them to us. Not in English. More like some weird form of Gaelic. But that turned out to be just the first of many more songs to come.

So when her Aunt Jeanine, a retired music teacher, suggested that we enrol 'Em into a local choir, we went ahead and did that without hesitation. Not just any choir, though. This was the Vancouver Bach Choir, the 3rd largest in the country, and with outstanding, highly talented leaders. At the time, the idea was as a recreational hobby.

There is no doubt in my mind that 8 years in the Choir had a profound positive impact on 'Em's discipline and skill levels. I'd recommend this to other parents as an ideal starting point.

It was few years later, when 'Em was repeatedly being selected to give solo performances, winning talent contests and enough qualified people were approaching us and telling us that she's got the potential to "go all the way" -  that I started treating this more as a possible career, as opposed to just a hobby. That's when I decided it was time to begin "branding" her, in a few ways;

1. Creating her online presence with numerous social networking sites, and,
2. Enrolling her into a second organization called Studio Cloud 30, which would be more focused on taking her commercial.
3. Creating images such as a logo and banners, etc., to advertise with
4. Creating merchandise, such as Tee-Shirts, Sweaters, Ball Caps, Pens, etc.

The Choir and Studio Cloud 30 gave us two important elements that have helped 'Em grow. Obviously the vocal training, for one. But also it got her GIGS - many performance outings at all sorts of venues around the community. From being part of a children's choir in numerous (paid) Opera performances to many different events. This, over time, took away any shyness she had being on stage and the audience feedback boosted her confidence and motivation to continue. It also included her first PAID performances which boosted my motivation as well! LOL

Taking it to "the next level"

Fast forward to about a year ago, and this is about when we were approached by someone from Los Angeles-based International Dynasty Group, who had spotted 'Em on ReverbNation, and have committed to help take her to the next level. They've created her new website EmilyPaquette.com and are working with her on an ongoing basis to produce her very first album later this year. 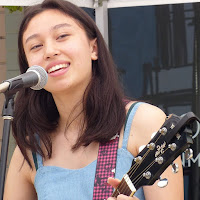 Today Emily is a regular performer at several venues around town and when she's not performing, she's very busy rehearsing and writing lyrics for new songs. She's constantly being contacted to collaborate with others musicians, music producers, and talent agents. So all these years developing her talent is paying off. 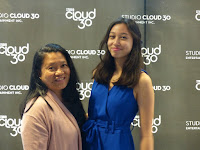